Approaching an Alumni Spotlight "intro", I try to avoid the dreaded first person pronoun "I" (most of the time). We have profiled many alumni here that I knew quite well as friends. I never needed to be part of their stories.

It feels different this month, writing about Joe Hale, (NAHS '67) and Sally Lewis Newkirk (FCHS '72). In the 50s and 60s, their families shuffled where they lived, within Floyd County. So did mine. This was not the same as what occurred in the mid-70s, when a great migration began, into southern Indiana. It lasted decades.

The Hale family, the Bickers family and the Lewis family were not part of that. All three families were quite "settled in" before the 70s began. The Hales moved to Altawood from New Albany in 1959. Joe was a fifth grader. There was no Floyd Central yet, so, in 1961, Joe went  to Scribner, then on to NAHS. My family moved to New Albany in 1957  and my mother started teaching at NAHS. We moved to Buffalo Trails in 1961, and three years later; I too went to Scribner, just like Joe had done. Whereas Joe graduated in 1967… later that same year, Floyd Central opened. I started my senior high days there. The Lewis family was on a parallel track, moving "out in the country", just in time to go to the new school.  Sally and her older sister Beth had been going to Hazelwood.

Did any of this foretell their career paths or mine? I don’t think so. We shared common roads, and all of that sticks with a person. To learn more about becoming a museum director, please read on. 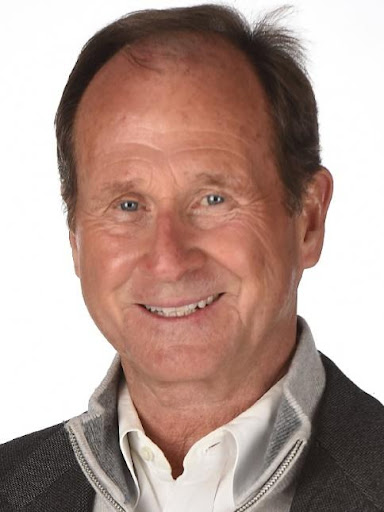 One key goal of all the arts and humanities is to tell a story. Creating and nurturing a museum is a mega-blend, combining the written word, the keen eye of the visual arts and the expressiveness of music, the stage and film. Over a span of nearly 50 years, Joe Hale prepared himself to hold his current position of the past eighteen months: President of The Indianapolis Motor Speedway Museum.

The foundation of Joe’s early career was in the performing arts. He’s a graduate of Harvard University's Institute in Arts Administration, following his undergraduate education at Hanover College.. He excelled as an educator (1971-1973 at FCHS and then, as a high school teacher of theater in Germany), moving on to management and leadership, with three years as executive director of the Metropolitan Arts Council of Indianapolis.

Outside the arts arena, storytelling talent can manifest as abilities in sales, in business communications… and sometimes the “C-suite”, running a company. Joe honed those skills in commercial real estate, then ascended to VP and Chief Communications Officer of Cinergy Corp. (now Duke Energy). He went on to be President of Cinergy Foundation, while serving as President of Cincinnati Gas and Electric Company.

He provided leadership on countless non-profit boards and helped to oversee charitable donations of over 135 million dollars. In one exceptional example, he raised $250,000 for the March of Dimes by running 7 marathons in 7 months on 7 continents.

In 2016, Joe became Executive Director of The Dreamland, Nantucket’s year-round film and cultural center. Joe and his wife Linda have had a summer home there for decades.  The Dreamland might have been his final employer, but happily… he was beckoned back to find his Hoosier roots again. Nantucket’s loss is Indiana’s gain.

Like many kids in Floyds Knobs, I knew Joe’s parents for years. His mother Peggy was an inspiration to many. I asked Joe to reflect on her life

He answered: “Mom and Dad were very committed to being Bulldog parents, before they caught Superhicks fever - - even more fervently, for my brother Jerry (FC ’71 and team captain). It would have taken much more than polio and a wheelchair to keep mom’s light from shining for all - - or from ever missing a game!”.

Sally Newkirk was inducted into the FCHS Hall of Fame in 2012 for her many awards and achievements at New Albany’s Carnegie Center of Art and History. At the Hall of Fame banquet, her profile in the printed program pointed out that two things appealed to her in high school - - community involvement and service to others. They turned out to be important building blocks of her career.

In 1980, Sally joined a dedicated group of volunteers who made up: the Board of the Museum (known as the “Floyd County Museum” until 1999). They were trying to save the original home of the “old library” and transform it into something that few could envision at the time. In a matter of years, Sally was serving as the board’s president.

In 1988, there arose some serious fiscal threats to the museum’s very existence. Sally was asked to serve as “interim” director for one year. That “interim” went on to last another 29 years. It was a counter-intuitive path to becoming a museum director. Sally chose to “grow the museum” while she grew her career there. She used what she found locally: subject matter, experts, organizations that stepped up to support her plans. In 1996 and 1997, she took a leap up the ladder of professionalism, completing Smithsonian Institution training in both museum management and management of collections. In 2006, she oversaw the Center’s most ambitious exhibit ever… on the Underground Railroad… then followed with other highly acclaimed projects, including “Remembered: The Life of Lucy Higgs Nichols”. She introduced New Albany to artist Penny Sisto, beginning with “Heartbeats: Art Quilts” and later collaborated with her on five other shows. Sally and the Carnegie Center took a step onto the world stage in 2008 when portions of Sisto’s Slavery series were displayed at the Royal Armories Museum in Leeds (England).

In 2019, the center unveiled the Sally Newkirk Gallery, a space for rotating exhibits from its permanent collections. In retirement, Sally has shown similar passions and enthusiasm through her involvement in New Albany Rotary. She and former Floyd Central teacher Mike Newkirk have been married for 46 years and they live in Louisville.

I wanted to know more about how the Carnegie Center took off at the beginning of her tenure there.

She replied “Building relationships within our local community was everything. The many, many teams of people who backed up what we sought to do - - they were just as vital to our successes as I was.”

or
Please check your e-mail for a link to activate your account.